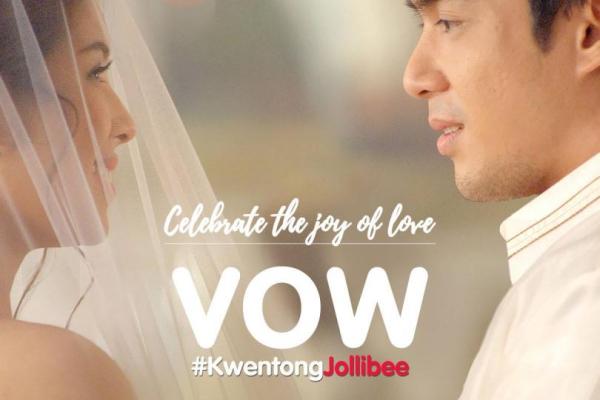 Okay, so we Filipinos seem to have all been affected by the Jollibee valentine ads. I am talking particularly about “Vow.” It’s a brilliant ad, telling us that no matter what happens, Jollibee will always be there for us, to make us feel loved and happy each time we visit their stores. But really, were you affected by the video saying, “awwww Jollibee, thanks so much for the love and sacrifice…”? Haha. No, I think we were affected by the love story. As a friend of mine said, it’s La La Land all over again!

I tweeted the other day that I don’t believe in guy-girl best friends unless guy and girl are married, with the hashtags #jollibee #onealwayscrossestheline (which I’ve changed to #oneortheothermaycrosstheline) #wrongvow #usewisdom. I know, some agree and some do not. I don’t mean to step on anyone’s toes. I respect everyone’s opinions and life choices, whether I agree with them or not. But let me try to explain. My tweet was prompted by the ad, but I have been subscribing to this belief ever since I learned about boundaries and healthy, mature boy-girl relationships. Of course, this was already when I was an adult hehehe.

Anyway, that said, I believe there is a danger in a man and a woman, a boy and a girl becoming best of friends. There are so many stories of hearts being broken this way. There is always that very thin line that one could cross, maybe at different points of their relationship. One could be oblivious to it, the other could be deeply longing and believing for them to be together in the end. One could be over it, and the other starts developing feelings. Or both feel the same way but are too young (or whatever other reason) to do anything about it. Or both feel the same way, do something about it, and then end up ruining their friendship. The thought will almost always cross one or the other’s mind. Sorry, but not many women or men have the character and maturity to be able to keep that line clear and distinct. So why put yourself in that position? It’s not wise.

Case in point, the Jollibee ad, which is inspired by a true story. The guy invested so much of his time, energy, money and emotions on his best friend, only to lose her to another man. That would have been fine (maybe, minus the emotions) if they were truly, purely just friends, but the guy obviously had deep feelings for the girl. He was so heartbroken. So for me, that kind of investment should really be reserved for your spouse. That kind of best friendship, between husband and wife, is worth that kind of investment. Husband and wife mutually invest in each other and in their marriage.

To be honest, I didn’t expect the ad to have that twist. I’m one of those who wants the best friends in the story, to end up together. I enjoy those kinds of happy endings. Reality Bites and Some Kind of Wonderful come to mind. ❤ And don’t get me wrong. I believe that God is the best author of love stories and each story He writes is unique. He knows all, knows best. His will is good, pleasing and perfect. He can choose to write a love story between guy-girl best friends. Those stories are wonderful too. But sadly, or many times thankfully, not all guy-girl relationships are meant to turn out that way.

And then there’s that vow, those promises the guy made to the girl. Not to his bride, but to his best friend? What?! I mean, it was great for the drama and all, but who does that? (Well apparently one guy did). Be the replacement/the dummy when hubby is not available? Be the crying shoulder when she and hubby have a disagreement? I don’t think so. And when he marries, what then? A part of him will always be with his best friend. How can he cling to and be loyal to his own wife?

It’s cool to shift our loyalty from one fast food chain to another (I myself have no loyalty to any), but we can’t do that between our spouse and our best friend. A wife’s husband and guy best friend should be one and the same person. A husband’s wife and girl best friend should be one and the same person as well. It’s about unity of husband and wife. Being ONE. It’s difficult to achieve that if King had to compete with “my guy best friend” for my time, priorities, loyalty, affection. If I had “him” to run to and I’m sure at times compare King with, it would become easy for me to run away from issues instead of facing them and working on them with King. If I had “him” to give me my boosts, I might eventually learn to cling to him instead of to King. Let’s not fool ourselves in thinking that we are above such kind of behavior, or that our marriages are strong enough. Our own pride will set us up for a fall. We must never be complacent.

I don’t mean we can’t have close friends of the opposite sex when we’re married. Sure we can. That’s something we discuss and agree on with our spouse. Because they are our priority and they have our loyalty, we respect our spouse’s opinion. We respect their position on the matter, or on any matter. We get on the same page. Not always easy, but that’s part of being married. We continually discover and live out what it is to think outside of ourselves, to give of ourselves. To think not only of “me, my rights and what’s rightfully mine,” but to think of “us, what is best for our marriage, and what will honor God.” It will hurt at times because we are all wired to think about our needs and push our agenda first, but by the grace and love of God, we learn to be selfless. By the grace and love of God, we fulfill the vows that we said before God and men the day we got married. To quote the vows said as bride and groom exchange rings, “As you wear this ring, you acknowledge that you are no longer your own, but MINE.” 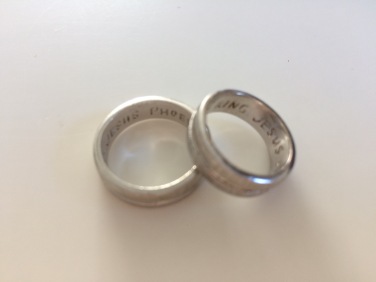 The true key to a happy, God-honoring marriage, however, is Jesus. Without Him, even the strongest friendship between a husband and wife can still be broken. Loving, giving, sharing, honoring, supporting, encouraging, waiting, understanding, forgiving, learning, healing is possible only through Jesus. None of us can do this successfully without Him. 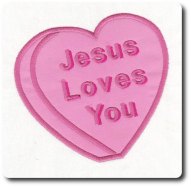 Happy Valentine’s Day! #valentineseveryday #loveeveryday May every reader know and experience the love of Jesus, and choose to never live without Him. 🙂

Husbands, love your wives, just as Christ loved the church and gave himself up for her to make her holy, cleansing her by the washing with water through the word, and to present her to himself as a radiant church, without stain or wrinkle or any other blemish, but holy and blameless. In this same way, husbands ought to love their wives as their own bodies. He who loves his wife loves himself. After all, no one ever hated their own body, but they feed and care for their body, just as Christ does the church— for we are members of his body. “For this reason a man will leave his father and mother and be united to his wife, and the two will become one flesh.” This is a profound mystery—but I am talking about Christ and the church. However, each one of you also must love his wife as he loves himself, and the wife must respect her husband. Ephesians 5:22-33