We just attended Victory Alabang’s Couples Getaway at Mt Malarayat Golf and Country Club over the weekend. There were 2 batches because more than a hundred couples signed up! We were part of batch 1, all day Friday to Saturday morning. The place was really nice! We want to go back and bring the kids there. 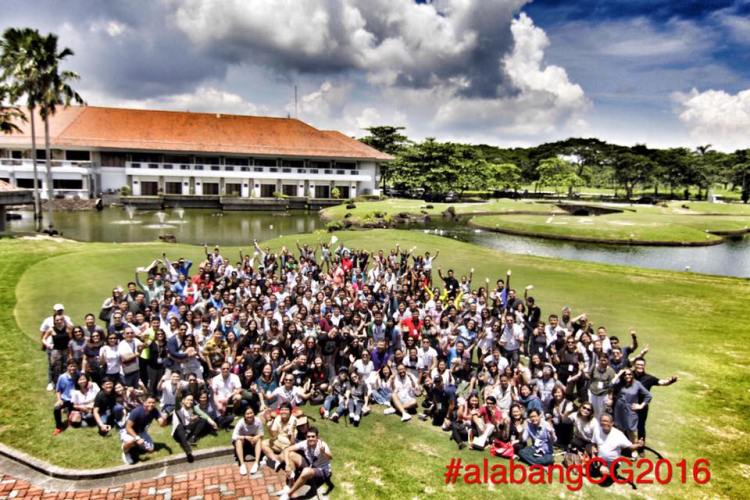 This was our 6th couples retreat to date. Each one has its memories. Our very first was in Caliraya with 10-month-old Danae. I remember not being able to focus much because King was also working as staff. I do remember the conversation we needed to have at that time. Wow, come to think of it, that must have been the retreat that elicited much emotion from me. I was a new mom, King was a new dad, we were not even 2 years into our marriage, and we knew each other for approximately 3 years. We were young and immature. King and I were NOT on the same page. But I guess it turned out well because here we still are. Haha. God lives!

The second was in Summit Ridge in 2010. Danae and 1-year-old Noelle, plus our then yaya, were with us. The third (2011) and fourth (2012) were both also in Tagaytay, in Taal Vista Hotel. We had no kids with us! Our fifth (also 2012) was with other pastors and their wives, in Bellevue Hotel, Alabang. King picked up the kids in the evening so they could stay the night with us. We had friends come over to take them swimming while we attended the last session the next morning. This year, we went without any kids too! My in-laws and my mom took care of our girls while we were out. My mother-in-law took care of almost-2-year-old Gianna who, except while she was in the NICU for 5 days, has not spent a night without me. There were some tears, but it was all in all good. Whew!

Attending the getaway is never easy for us. There are many things to consider — the kids, who will be with the kids, money, the schedules, the kids, not to mention things that come up, health issues, the kids. Haha. At the very last hour of me trying to get some sleep and waiting to wake up, between 4 and 5 in the morning, I was still struggling whether to go without Gianna or to bring her. It would be easier on everybody, I thought, if I just brought Gianna. But then I was reminded that King had been looking forward to being alone with me. You have to understand. In the 12 years (almost) that we’ve been married, we have spent the night without the kids around, less than 20 times. Included in the count are the 3 getaways, a couple of the older girls’ sleepovers, and king’s and my hospitalization. I was also reminded that that’s the very reason why we asked my in-laws to come, and that they are very much capable of taking care of the girls’, most especially Gianna’s needs.

Attending seminars and retreats are a great investment in our marriage. If King showed me that I am his priority by making sure we attended the getaway, I realize that I showed him that he is my priority by leaving the kids home*. I’m so glad I did. These days, we get to date once or twice a month, from mostly quickies to regular ones. The getaway was a long, lovely, fun and purposeful date.

I believe that these retreats aren’t only for troubled marriages. Yes, it is a great way to open the door to have those crucial conversations, to resolve issues, to forgive and heal, to reconnect, to rekindle the passion. But we don’t need to wait for our marriages to be in trouble before we start taking care of it. Invest in your marriage early. We all have issues anyway. None of us is immune to temptation or to acting like humans. We all need to be equipped to be better spouses. Let’s keep our marriages strong early on.

One of the important points Ptr Ariel made in the last session was that MANY OF OUR PROBLEMS ARE NOT MARRIAGE PROBLEMS, BUT GOD PROBLEMS. It’s so true. If we continually walk with God, honor and obey Him, love Him above anything and anyone else, then of course the overflow will also be evident in the way we love and honor our spouse. We cannot build and strengthen our marriages apart from God. We cannot be good spouses apart from God.

So invest in your relationship with God. Aside from going to getaways, seminars and talks, aside from going out on dates, read your Bible. Apply it in your life. Pray. Pray for each other. Go to church. Surround yourself with people who want and do the same thing. Let God work in you. By His grace, the quality of your marriage will follow. ❤

*I do not condemn those who did bring kids. Like I said, I’ve done it too. In fact, kudos to you because you did it just so you could attend the getaway! We all know it is difficult to leave our kids, but it is also difficult to bring them when we’re trying to focus and learn. You will also have your time alone with each other, in Jesus’ name. 🙂

He who keeps instruction is in the way of life,
But he who refuses correction goes astray. Proverbs 10:17

He replied, “Blessed rather are those who hear the word of God and obey it.” Luke 11:28

Therefore everyone who hears these words of mine and puts them into practice is like a wise man who built his house on the rock. Matthew 7:24

One thought on “Couples Getaway 2016”